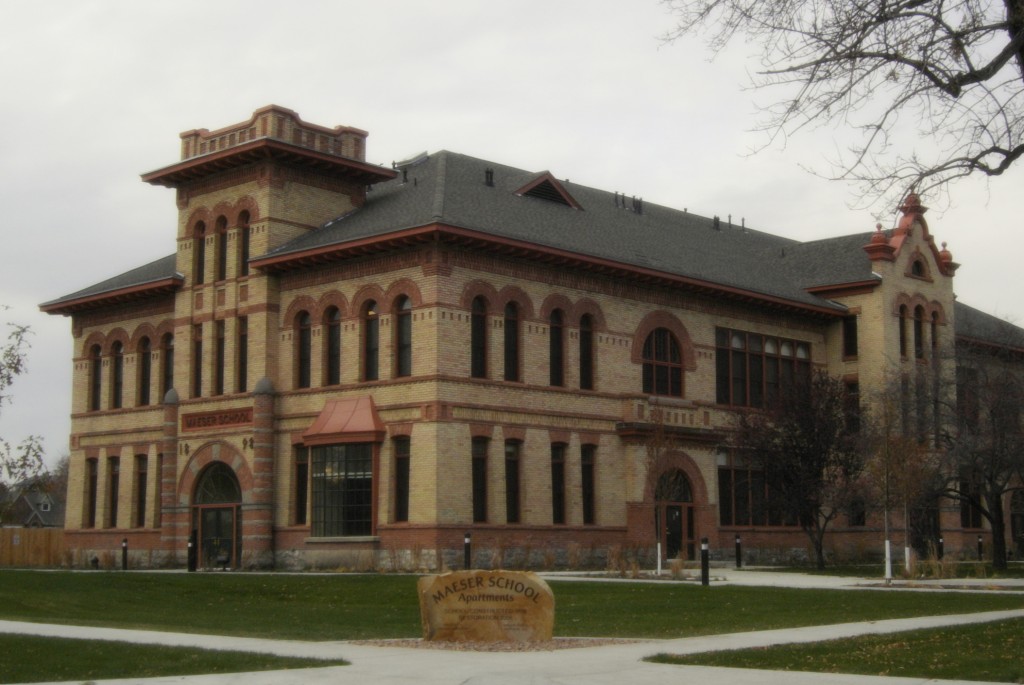 Built in 1898, the iconic and beloved Maeser School was the longest continuously running public school in Utah history when it was closed in 2002. The building was designed by Richard C. Watkins who was known as, “one of the most prolific architects in central Utah.”  One of the best preserved examples of Watkins’ work,  the Maeser School was listed in the National Register of Historic Places in 1984.

In 2000, the Provo City District School Board made the difficult decision to close the historic Maeser School.  This decision had a serious negative impact on not only the families of the Maeser students, but the entire Maeser community, who were in a struggle to revitalize their declining neighborhood.  Following a lengthy, and sometimes bitter, grass roots effort of the neighborhood residents to keep the building open as a school, it became evident that the school would close in June 2002.  As it lay vacant, the school became a draw to vandals, jeopardizing the historic integrity of the building.

The community feared that the Maeser School would face wrecking ball heightened when the School District was unsuccessful in selling Maeser to a private sector entity.  Private entities were unable to resolve the challenge of the high costs of restoration combined with the political challenge of the City’s plan for the neighborhood.  Twice the building narrowly escaped the danger of demolition by Provo School District.

The Provo City Housing Authority saw beauty in the architecture of the school, and possibility in the vacant land surrounding the building, and felt that a redevelopment project would be a catalyst for other preservation and neighborhood revitalization projects. In 2003, the Provo City Housing Authority proposed to save the school by acquiring the property, restoring and adaptively reusing the school as affordable rental housing for low income seniors, and developing a 12 lot subdivision on the remaining portion of the block.  The subdivision was purchased by Rural Housing Development Corporation for to the development of affordable single family homes for first-time home-buyers through their Mutual Self Help program. 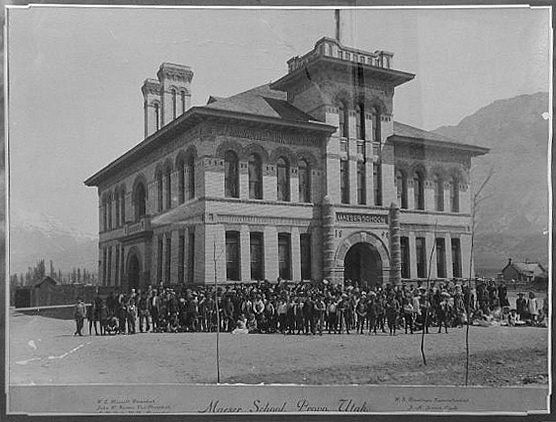 Maeser School Apartments, 31 affordable apartments for seniors, opened its doors in mid-October 2006 and was fully occupied by December 1, 2006.  The project is considered a great success by both affordable housing advocates and historical preservation proponents.  The adaptive reuse of the Maeser School has received national recognition and awards (including Outstanding Recognition from the Utah Board of State History, Best of State for City Planning, a Heritage Award from the Utah Heritage Foundation, a Readers’ Choice Finalist from the Affordable Housing Finance Magazine, and Best Rehabilitation from the Association of Builders and Contractors) and has received widespread compliments and positive feedback from the community, including several community leaders who have publicly spoken in support of this project, including Robert Bennett, U.S. Senator, and Lewis K. Billings, Mayor, Provo City.

With the development of Maeser School Apartments, the Provo City Housing Authority has restored the building according to federal, state, and local historic standards.  The exterior of the building was preserved and restored to near original design with the addition of three skylights and three dormer windows installed on the west and north roof to provide light for third floor apartments.  The interior work preserved the wide central hallways and staircases, as well as restored the original twelve foot ceilings on the first and second floors.  The Maeser building now houses 31 apartments for low-income senior citizens: twenty-five one-bedroom and eight studio apartments.  These apartments have been designed for independent living, utilizing the historic features of the building while incorporating modern design.  Each apartment has a unique floor-plan, with assorted historic qualities ranging from vaulted ceilings, tall windows, and original wood wainscoting.  Common areas have been provided in the building including a laundry facility, and a community room.

Our Waiting Lists Are Open!

We will need Social Security cards, or readable copies of the cards for ALL members of your household at the time of your application.